DARMSTADT, Germany, June 14, 2017 /PRNewswire/ — Merck, a leading science and technology company, today announced that the Australian Patent Office has granted the company patent rights over the use of CRISPR in a genomic integration method for eukaryotic cells. 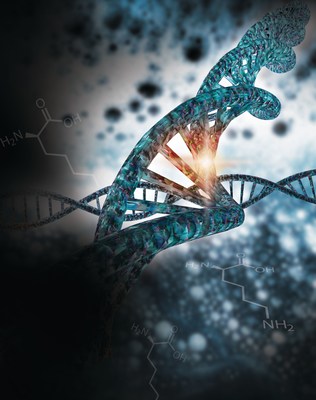 The patent is the first that Merck, a leader in genome editing, has received for CRISPR technology. The patent covers chromosomal integration, or cutting of the chromosomal sequence of eukaryotic cells (such as mammalian and plant cells) and insertion of an external or donor DNA sequence into those cells using CRISPR.

“Merck has developed an incredible tool to give scientists the ability to find new treatments and cures for conditions for which there are limited options, including cancer, rare diseases and chronic conditions, such as diabetes,” said Udit Batra, Member of the Merck Executive Board and CEO, Life Science. “This patent decision recognizes our expertise in CRISPR technology—a body of knowledge that we are committed to grow.”

CRISPR genome-editing technology, which allows the precise modification of chromosomes in living cells, is advancing treatment options for some of the toughest medical conditions faced today. CRISPR applications are far-ranging—from identifying genes associated with cancer and rare diseases to reversing mutations that cause blindness.

Merck has a 14-year history in the genome-editing field. It was the first company to offer custom biomolecules for genome editing globally (TargeTron™ RNA-guided group II introns and CompoZr™ zinc finger nucleases), driving adoption of these techniques by researchers all over the world. Merck was also the first company to manufacture arrayed CRISPR libraries covering the entire human genome, accelerating cures for diseases by allowing scientists to explore more questions about root causes.

With Merck’s CRISPR genomic integration technology, scientists can replace a disease-associated mutation with a beneficial or functional sequence, a method important for creation of disease models and gene therapy.  Additionally, scientists can use the method to insert transgenes that label endogenous proteins for visual tracking within cells.

In May 2017, Merck announced that it had developed an alternative CRISPR genome-editing method called proxy-CRISPR. Unlike other systems, Merck’s proxy-CRISPR technique can cut previously unreachable cell locations, making CRISPR more efficient, flexible and specific, and giving researchers more experimental options. Merck has filed several patent applications on its proxy-CRISPR technology, and those applications are just the latest of multiple CRISPR patent filings made by the company since 2012.

In addition to basic gene-editing research, Merck supports development of gene- and cell-based therapeutics and manufactures viral vectors. In 2016, Merck launched a genome-editing initiative aimed at advancing research in novel modalities—from genome editing to gene medicine manufacturing— through a dedicated team and enhanced resources, further solidifying the company’s commitment to the field.

All Merck news releases are distributed by email at the same time they become available on the Merck website. Please go to www.merckgroup.com/subscribe to register online, change your selection or discontinue this service.

About Merck
Merck is a leading science and technology company in healthcare, life science and performance materials. Around 50,000 employees work to further develop technologies that improve and enhance life – from biopharmaceutical therapies to treat cancer or multiple sclerosis, cutting-edge systems for scientific research and production, to liquid crystals for smartphones and LCD televisions. In 2016, Merck generated sales of €15 billion in 66 countries.
Founded in 1668, Merck is the world’s oldest pharmaceutical and chemical company. The founding family remains the majority owner of the publicly listed corporate group. Merck holds the global rights to the “Merck” name and brand. The only exceptions are the United States and Canada, where the company operates as EMD Serono, MilliporeSigma and EMD Performance Materials.