DOHA, Qatar and KUWAIT CITY, Kuwait, June 5, 2017 /PRNewswire/ — GAC Motor, China’s leading auto brand, has released its two flagship models, the GS8, a 7-seat SUV, and the elite GA8 sedan, in Qatar and Kuwait. The launches mark a major step forward in GAC Motor’s evolution into an international automaker and affirm the company’s dedication to provide the most valuable automotive products and services to consumers across the world. 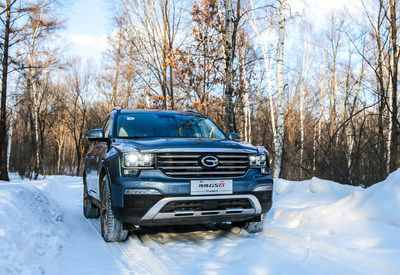 “We are very optimistic about GAC Motor’s future development in the Qatar market and we are committed to bringing more excellent models to local consumers,” said GAC Motor’s representative. “2017 marks the 29th anniversary of the establishment of diplomatic ties between China and Qatar, we hope GAC Motor would serve as a link between the two countries and further expand trade cooperation.” 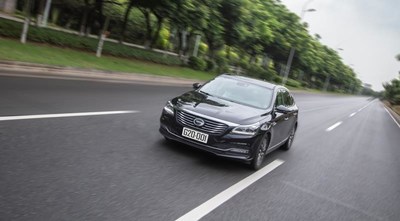 The 7-seat SUV GS8 and the elite GA8 sedan are both high-end automobiles equipped with GAC Motor’s latest second-generation 320T engines. The body of GS8 is made completely of 95% high-strength steel to meet the North American SUV roof anti-force standard. It integrates intelligent driving assistance such as a 9th-generation extreme edition of ESP (Electronic Stability Program), a 360-degree panorama visual imaging system, an ACC (Adaptive Cruise Control) system and eight airbags. Released in China in October 2016, the GS8 has impressive performance and has become the best-selling vehicle in April among all full-size SUVs in the market.

The GA8 not only has GAC Motor’s best engine, gearbox and chassis, but possesses a refined and luxurious interior configuration and exterior design. With Low-VOC (Volatile Organic Compounds) natural material and PM 2.5 purification filter in the interior, the model aims to deliver an environmentally friendly driving experience. The GA8 has the same powertrain as the GS8 and the same extensive host of safety driving features that can help navigate, raise collision alerts and actively assist in braking.

Yu Jun, president of GAC Motor, remarked that GAC Motor has been developing by high-end positioning, quality-first principle, and innovation-driven advancement, while the release of the GS8 and GA8 in Middle East is a key step for the company to enter global market as an international automaker that excels in research, manufacturing and sales.

“Focusing on top markets is our start point of widening the distribution channel. We will continue to consolidate our presence in Belt and Road Initiative countries and other emerging markets while expanding global business and entering North American and European market with a mid- to high- brand image.”

To support its international expansion, GAC Motor has established a global sales and service network covering 14 countries and is set to enter the US market no later than 2019 to further its footprint in top auto markets.

In January 2017, GAC Motor returned to NAIAS. Its newly-released GS7 was praised as “A New Generation Blockbuster SUV” by New York Times and an “Impressive Worldwide Debut” by Forbes.

The company plans to release 20 to 30 new cars in the next five years, nine of which will be launched in 2017, including the all-new GS7, GS3, GA4 and GM8 as well as three electric cars and two upgraded models.

“By Integrating more resources and cooperating with distributers and partners, GAC Motor is committed to bringing premium quality products and service to global customers.” said Yu.

A subsidiary of GAC Group, GAC Motor develops and manufactures premium quality vehicles, engines, components and auto accessories, achieving a year-to-year growth rate of 96 percent in 2016, the highest among all Chinese brands in the corresponding period. GAC Motor now ranks the highest among all Chinese brands for four consecutive years and 5th among all global brands in J.D. Power Asia Pacific’s 2016 China Initial Quality Study.