QINGDAO, China, Oct. 25, 2021 /PRNewswire/ — FIFA President Gianni Infantino announced on October 20 that Hisense, a global technology leader, will be the official sponsor of the FIFA World Cup Qatar 2022. He said, “With Hisense’s premium products and cutting-edge technologies, we expect to jointly create an immersive and unforgettable football viewing experience for fans worldwide via technological innovation.” By successively sponsoring the Europe and World Cups, Hisense has stood out as the only Chinese company to sponsor world-class events for four years in a row. 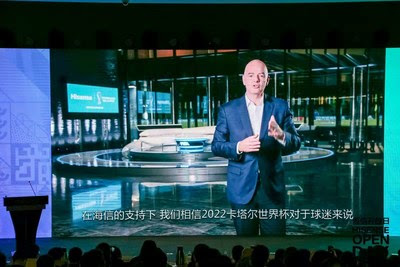 Major global sports events have always provided an unprecedented opportunity for the demonstration and promotion of disruptive display and broadcasting technologies. In April 2017, for the first time, Hisense and FIFA formed a partnership, whereby FIFA appointed Hisense to broadcast the sports events live and develop advanced display products. The viewing experience was significantly enhanced for football fans worldwide with the roll out of Hisense’s official World Cup TV, a unit that had been customized through the application of a number of advanced technologies, including Motion Estimation and Motion Compensation (MEMC), the sports mode, facial recognition to identify football players, and artificial intelligence (AI)-powered interactive image search. “FIFA and Hisense will join forces to create a more immersive viewing experience for fans worldwide through technology and innovation,” stated Mr. Infantino. FIFA and Hisense had already collaborated during the 2018 Russia World Cup. They will work even more closely during the 2022 World Cup in an effort that will involve more products and stakeholders than had been the case during the event in Russia. “FIFA understands that Hisense has always attached great importance to energy conservation, environmental protection and sustainable recycling, an ongoing commitment which is fully reflected in its research and development, production, sales and recycling of products as the two entities continue deepening the collaboration,” indicated Mr. Infantino. “The laser TV developed by Hisense reduces power consumption by more than 50 per cent compared with traditional LCD TVs, a factor that will have a significant impact on consumers’ buying decisions.” 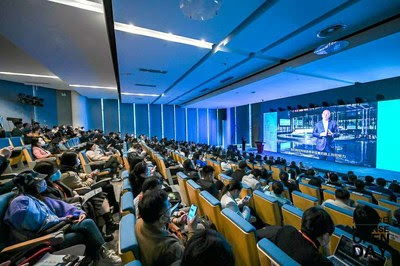 “We are about one year away from hosting the 2022 Qatar World Cup, an event which is expected to deliver an unforgettable experience for both the host country and football fans everywhere,” added Mr. Infantino. FIFA has been committed to promoting the advancement of science and technology through the power of football so as to exert a positive influence on society. With the support of Hisense, the Qatar World Cup expects to create a visual feast that will be remembered as a truly iconic sports event.