NEW YORK, Nov. 19, 2019 /PRNewswire/ — Zurab “Z-Man” Ashvil, formerly of Softbank, is launching L3COS: a project to offer blockchain security and performance to national governments, businesses and individuals. He brings to the role of founder and CEO a PhD in Cybernetics and Applied Math as well as his professional experience. 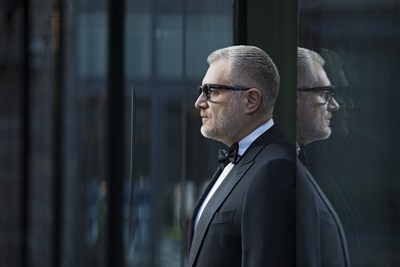 The country code Top Level Domain DNS system grants countries digital domains that can be managed, developed and leased. L3COS [pronounced lecos] gives governments control over a blockchain-based infrastructure in a similar way. Assigning one of 195 super-nodes based on a Proof-of-Government (PoGvt) algorithm, L3COS gives national governments a controlling position in a blockchain-based national and international network that lets them interact with each other and with businesses and their own citizens.

Transparency and regulation: the next generation of blockchain infrastructure

Traditional blockchains offer trustless interaction and transparency, making them attractive to businesses and governments as well as individuals and solving many privacy and security issues inherent in standard software and web apps. However, the space has been difficult to regulate, with no access point to individual blockchains for regulatory authorities. At the same time, blockchain projects frequently struggle to attract institutional investment.

L3COS structurally recognizes that no one blockchain structure can be all things to all participants and uses a triple-layer structure to meet the needs of three types of uses: national governments, businesses and organizations, and individuals. This has been recognized by an increasing number of high-value investors seeking involvement with the project.

L3COS is a blockchain with three separate consensus algorithms, each providing individual functionality for governments, businesses, and individuals. It allows automating processes while preserving discrete digital identity, as well as establishes conditional governance.

The L3COS blockchain consists of three levels: the top level operates as Proof of Government (PoGvt), providing each government with a super-node, and each government has control over two other levels, including digital asset issuing processes.

The middle level is based on the Delegated Proof of Stake (DPoS) consensus algorithm, where businesses perform operations. Finally, this is the level based on the Proof of Storage (PoST) consensus for individuals that can rent their storage to the rest of the system, with control over data usage.